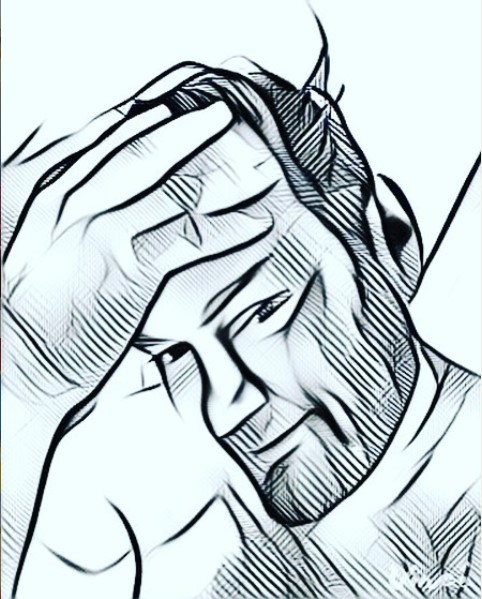 So where have I been?

Quarantining. At home. Glued to the TV and news from time to time. Indulging in my vintage video game hobby, ham radios and pets… coffee, working out, remaining sane. Cleaning out closets and working in the yard. Enjoying silence. Trying to keep to myself in a usual world of me keeping to myself. So really, no big changes… except for me having cancelled my gym membership and now I take long walks with the pets.

So… Covid 19. I suppose it’s the big elephant in the room.

Without getting all political on here (because I could go one and on and it would take far too long) I’ll just say not only am I embarrassed to be an American because of our idiot President, we’re having to deal with a worldwide Pandemic that, along with the George Floyd protests and riots, have made 2020 truly the year of the ‘alien apocalypse’ if there ever was one.

I’ve been surviving. It’s been hard, but I’ve been surviving. My family is in Dallas, so about 2 months ago, I went home for my birthday week secretly and kept my distance as well as I could. I just had to visit home. By that point, it had been 2 months since I’d pretty much seen a soul at all. My two best friends here locally are consumed with their own lives or particular situations of their families, so I’ve been super distant from everyone and pretty much anything.

In the beginning of the stay at home orders locally, I rode my scooter to the mountains and I’d hike or just get out and shoot photographs, as a way of getting out of the house and centering myself. That was around March 15th. As people began to work from home or businesses laid off employees, my little private hiking spots were soon covered with people.. couples, babies, groups of 12.. it was insane. The parking lots became packed at all the good Sandia hiking spots, so this meant I began to get exercise in a less heavily traveled place.. namely, the streets in and around where I live.

The first month.. I gorged myself on snacks, got wasted, stayed up late… it was a riot. A riot that slowly got old. The second month, I looked into the mirror and hated what I saw. I’d began aging (grey patches in my beard) and I noticed more wrinkles. So I began walking more and more, until it got up to about 5 miles per day. Some of that was with dogs and some without. At any rate, I’ve lost about 10 pounds and I’m so glad I found the joy in walking, or else I’d be a fat angry rolly polly by now.

So… sorry it’s been so long. I’ve had many days of boredom and fear and sadness. I’ve also had some fairly happy days. Thank God for pets. That’s all I’m sayin’.

I just keep hearing this phrase repeated in my head: ‘The world will never be the same. But maybe it took a worldwide pandemic to get us all to pay attention to the inadequacies in our country, in our democracies. In a way, I think Covid-19 has been a blessing, as far as race relations go in the United States. We really needed this time to open up our eyes and look inward for the answers which we’ve been running from for so long.