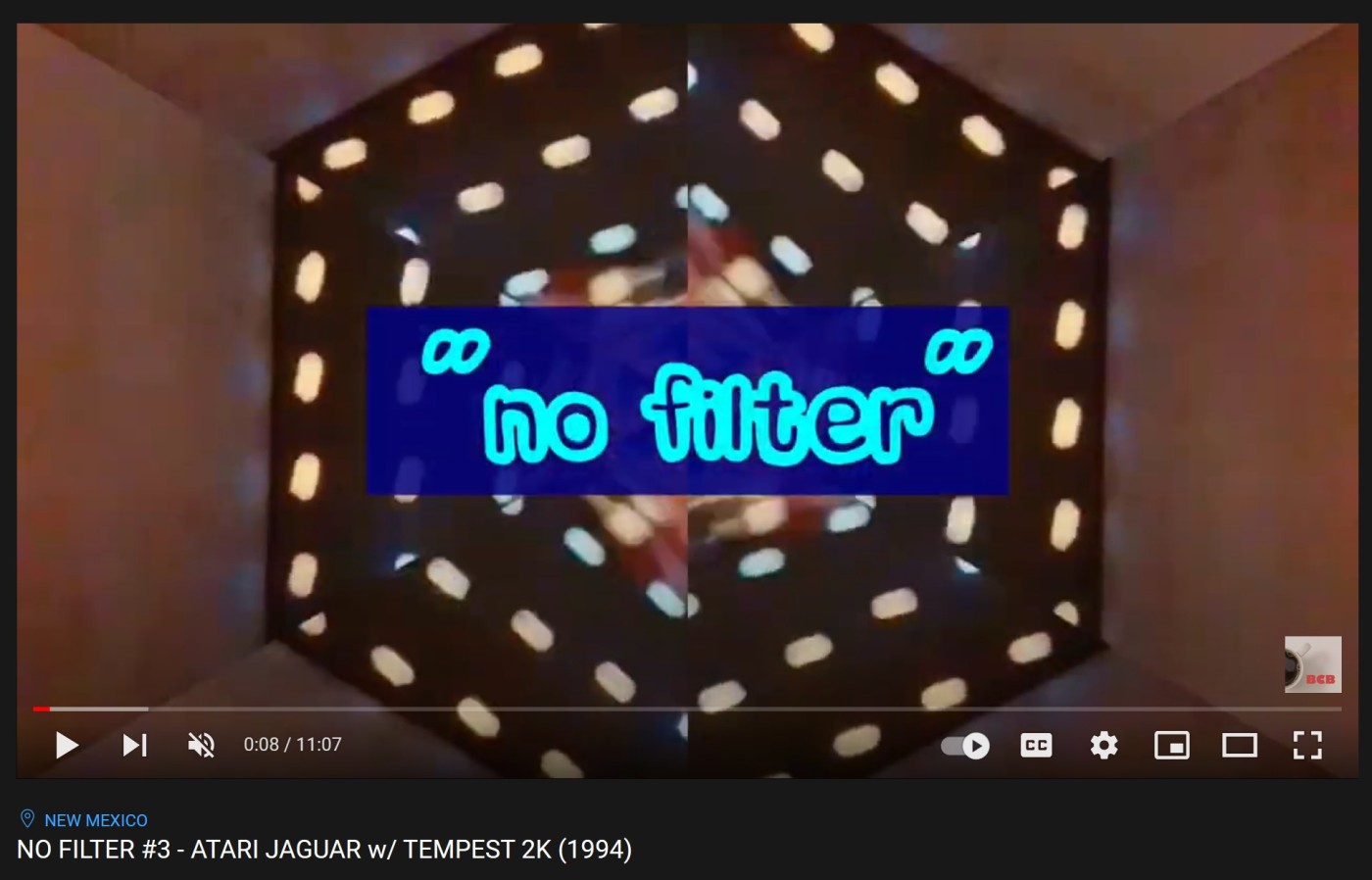 So, I decided last weekend to officially make my “BCB Bonus Videos” (of vintage gaming gameplay) its own ‘show’ or ‘feature’ of my YouTube channel. Now, BCB Bonus Videos will be known as “No Filter,” with the premise of playing ‘original software on original hardware’ (that is, not using any ROMS or unofficial means to play or record gameplay.) I’m doing this for many reasons, but mostly because it’s much easier for me just to record me playing games on original hardware than attempt to use roms or record from my original hardware, which is nearly impossible and too time consuming. I’m also a huge believer in playing vintage games on original hardware, with original cartridges, discs and the like, so it works out pretty well. This week, I’ve posted “No Filter” #3, which was next in the series, and features me playing ‘Tempest 2000’ on the Atari Jaguar 64-bit system. I hope you enjoy! I also renamed the previous 3 episodes to No Filter but did not change anything else out the videos. Going forward, these bonus videos of pure gameplay will feature new intros, as well as commercials from the era in which the games were produced. I use the motto of “No Gimmicks, Just Gameplay” throughout, and I really hope my intention shines through.