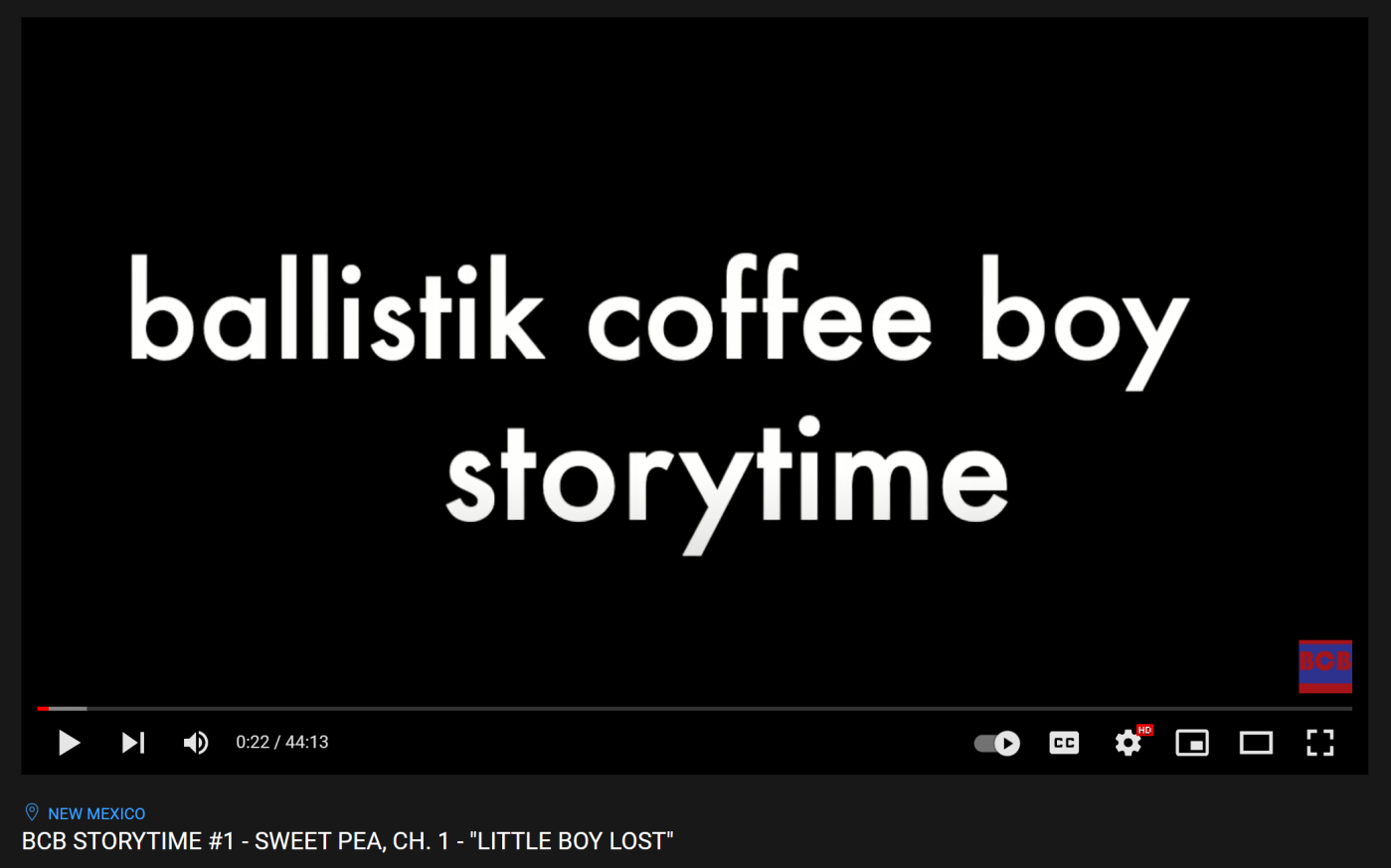 So, I never thought the day would come! I’ve officially created a series on my YouTube page called ‘Storytime,’ where I read some of my writing, including novels, poetry and prose, on my YouTube page! First up is ‘Sweet Pea,’ a novel I wrote in the mid to late 90’s about growing up with an alcoholic father, a depressed mother & a highly judgmental society. I’ve had a few requests to put up this story here but haven’t had the time to do it yet. This is the edited version I last edited in 2008, which features a rewrite of a few family characters who expressed an interest to me in not appearing in my novel as themselves. (No worries! I’ve done that already, years ago.) The first episode is up now, where I read chapter 1, “Little Boy Lost.” It’s gritty, its real, its semi-autobiographical and all about growing up in the 70’s, 80’s and 90’s. Take a listen and please subscribe, like & comment! Have a great week ahead.

Here’s a quick synopsis of the episode:

“In this intro episode of BCB Storytime, I read Chapter 1 of the first book I ever wrote, SWEET PEA, which is a semi-autobiographical novel I wrote in the mid to late 90’s. In “Little Boy Lost,” it’s the late 70’s and early 80’s, and little Bradley Bolt tip toes around an alcoholic father, a depressed mother, and the ever-increasing judgment from society at large. (Please note: this series is rated for mature or 18+ only and is mostly non-gaming related; it’s more of a biopic. Future chapters will be released on a weekly basis on Wednesdays at 12 pm CST.) Enjoy… and get cozy.”

Notice: This series is rated 18+ only and is for mature audiences only. Viewer & Listener discretion is advised.