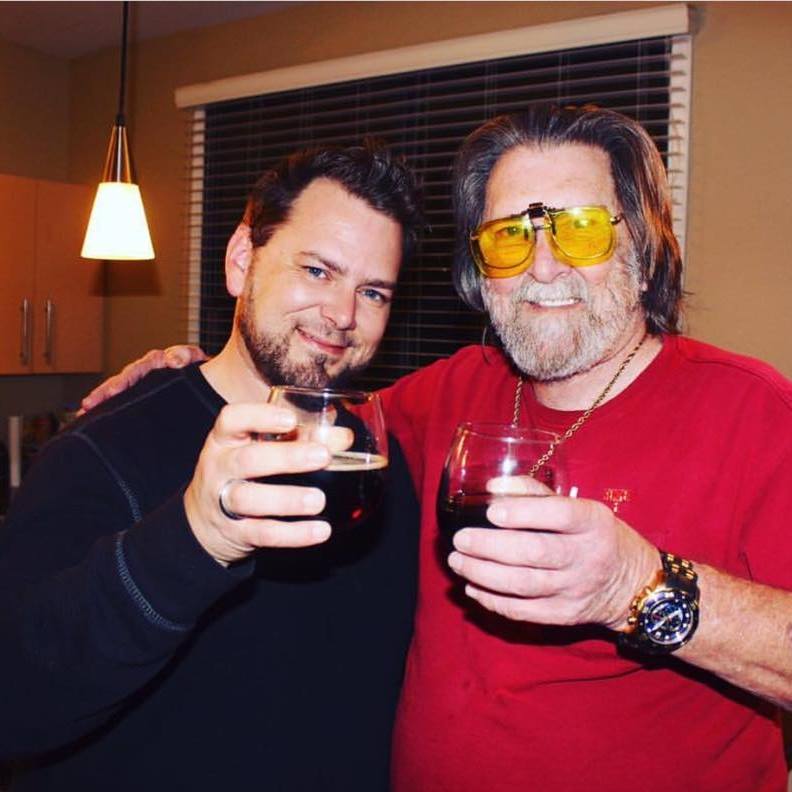 So, it’s nearing March. I can’t believe it.

They say time goes by faster the older you get. I now know what that means!

So the sibs and I got together over a text convo after Christmas and decided that it was time for another family vacation. We threw some places out in discussing this… San Francisco, New Orleans, Galveston, and Miami. The more we talked about it, and how we wanted Dad to be able to get around as comfy as possible (because of his Alzheimer’s, COPD and Diabetes), we settled upon Miami.

“It’s definitely the most handicapped friendly of all of those, I think. And tickets are cheap right now! Look!,” my little Sis quipped. “We should totally do Miami.”

So it was settled.

We agreed that sometime during Dad’s birthday would be best. Sometime before, after or on March 4, 2019, which would be Dad’s 75th birthday.

I only had one question… Am I seriously planning to spend three whole days with this man who I call my Father… who wears orange inserts over his glasses 24/7? And has the ego of Trump and is the most needy guy I’ve ever met? Am I ready to spend half a week in a foreign place with this wacky old Vet and his barking orders out of his damn wheelchair at Mom?

So I’ve been doing Lyft driving part time, usually 2-3 rides before work and 3-4 after work, about five days of the week. I’ve amassed quite a small fortune in savings. But I’ve gotten so much more out of it than just money.

You might assume that I have most definitely met my share of interesting characters – and how could I not? Driving people… here… in Albuquerque, in the poorest state in the nation, in one of the most dangerous cities. So yeah, more shade than you can imagine.

I have two rules. Don’t drive anytime after 9 p.m. (drunks) and give everyone who doesn’t tip a 1-3 star rating, so I’ll never get paired with them again. F@*#ing cheapskates!

Earlier today, I picked up a man in his late 50’s to early 60’s. He had a light full head of hair and had a strange accent, but he exuded holiness. Maybe it was his priest collar or maybe it was the Bible that slipped out of his hand as I approached the Menaul Church around 7:45 pm.

“So sorry to hear about your Dad,” the man said. I think his name was Sid. “Alzheimer’s can be a terrible… disease. M-my Dad passed away from it, too. It’s just devastating that they forget the people they love most, in the end.”

“A thought?,” Sid asked. “You know… new memories for you and your Dad, and I agree completely. Do it while you can, while he still remembers.”

“Yeah. I think this trip… I feel like it’s much more for US than it is for HIM, you know? I mean…”

In the reflection in the rear-view mirror, I could see the man Sid nodding.

“New memories for him, for sure. But memories for us that we’ll remember… hopefully longer than he will, when it gets to that point.”

“Of course,” the man added. “I agree. Cherish your Father while you can. He’s the only one you’ll ever have! … You can drop me off over there.”

And that was my realization.

So yes, in just a few short days… I’ll be in Miami with my little Sis Kris, Mom and Dad… for three days of fun, in Miami.

“What’s the weather gonna be like?,” I texted Kris earlier.

So instead of worry about the rain, or become irritated over small things, we’re gonna cherish these moments we have with our Father in his reclining years. We want to create more memories while he can still fully enjoy and remember them, and while he’s still with us, and while we all are healthy enough to do so.

This trip is totally about us more than it is him.

We love you, Dad. xx

(Pic is of Me & Dad a few Christmases ago, before his Alzheimer’s diagnosis. Cheers!)